"Everyone Deserves The Best Defense" 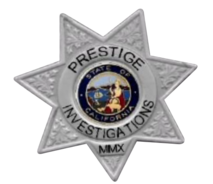 It's courage: abandoning the comfortable life once known for the unfamiliar thrill of something new. Courage is found in vulnerability , but more than not, courage is the act of embracing fear. Fear is just what found a home in Nestor Torres' gut as he suited up, combed through his hair, and grinned a smile as he began a new career at the time of his retirement.

A United States Air Force veteran and retired police officer, Torres was left unfulfilled by the abyss of retirement. He was determined to forge a new lifepath, and at 57 years old, that's exactly what he did. With the right licensing, a website created, and stationary ready, Torres started his own business with the support of his wife, Sanna. He called it "Prestige Investigations."

Once the business was created and Torres settled into his office, the harsh reality dawned upon him: somehow, someway he needed to attract clients. The mere thought of rejection shook him, he explained, after 30+ years serving in the Air Force and then as a police officer where never competed with others. His former colleagues in law enforcement were left confused, even dismayed, as Torres left the industry where he achieved seniority and respect for one,perhaps conflicting interests, where people did not even know his name.

"It was  very sobering experience to walk into a door where nobody knew you at my age and say may I leave a resume here?"

As he diligently worked cases through late hours in the night,not the typical retirement experience, Torres' confidence grew--and so did his courage.  Over the last several years of business, Torres' clientele has grown immensely as he has discovered success in the private investigation business.  The success, he remembers, is not without the fear he once knew so well.

The first case was the most intimidating. A stack of papers sat in front of him, his job to determine guilt or innocence. Graphic descriptions of domestic violence and sexual abuse were outlined on the pages with descriptions so vivid Torres felt he was there. But something was missing; something about the police report did not add up.

"Things that should have been there weren't that I know maybe would have made a better case and maybe a better report, I knew it wasn't right."

With that law enforcement insight, Torres took to the accused himself. He interviewed neighbors and other potential witnesses, seeking testimonies to support the notion that this client was not guilty. Multiple people stated that the woman accusing his client had been in the neighborhood without injuries where she claimed them tobe. The story did not add up, and Torres knew it.

And thus, a defense investigator was born.

Perhaps counterintuitive to his background in law enforcement, Torres struggled with feelings of embarrassment for his new career. His job had always been to be tough. Now, he needed to channel his softer side as he supported individuals, primarily men, through the toughest times of the own lives. He struggled, however, to explain this to his colleagues from his old career.

Several times, Torres would see a few of them at the courthouse or jail and avoid any possibility of eye contact. The more he was there, the harder this avoidance was. Three months into his career, Torres knew it was time to reveal himself.

"It was real awkward because they both came at me and said, 'What gives man?' I said, "I'm doing my business man. They said, 'But Nestor, you are doing defense work."

The very principle of his work, the same one he internally battled himself, was publicly illustrated. He had been outed, and that familiar feeling of fear settled back into his gut.

Continued exposure to the industry taught Torres that defense is not always about getting people cleared of charges or found not guilty.  Sometimes, the greatest reward in defense is minimizing exposure, or lessening the charges and/or sentencing. Everyone needs an advocate with empathy and understanding.

Donald Peters, retired law enforcement who also spent time working in Folsom State Prison,  supported this view point of defense work.  After hearing Torres' experience, he was disappointed to know of the shame Torres felt by being outed during his transition of professions, stating that defense workers " are a very necessary part of a well-functioning society."

Defense is just as important as prosecution, according to Peters, as "few people would police themselves without them." People accused of crimes are susceptible to deception and false confessions. Having a team of their own, keeping them informed and protecting them before and during trial, makes an astronomical difference in the rights and treatment of the accused.

Non-English speakers are a particular vulnerable population with greater susceptibility to maltreatment in the criminal justice system. Torres uses his fluency in Spanish to connect to more clientele.

Without proper explanation of charges and trial proceedings, these Spanish speaking clients are left both misunderstood by the people working the case and misunderstand what is happening. Having a private investigator like Torres who can speak their native language builds bridges of trust and communication.

That has been the Key is his success. Torres has built bridges where there used to be barriers. His triumphant business has created an inclusive office from what used to be the skeletons of an office supply warehouse. As Prestige Investigations has grown from its humble origins of a retirement adventure, so, too, has Torres, inhaling courage and exhaling fear.